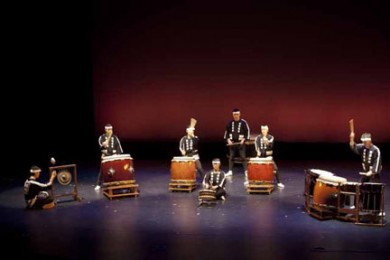 This song envisions the brilliant glow of the sky just before darkness descends in a land not unlike that of Africa. The piece ends in the same manner as it begins, with the faint percussive ostinato of the shime daiko. A Buddhist bowl (kin), miya daiko, okedo daiko and vocal chants are gradually introduced and developed over the shime daiko contributing to the tribal nature of the piece.

Edge of Dusk was featured in the National Film Board of Canada short film Showa Shinzan by Reiko Loader.