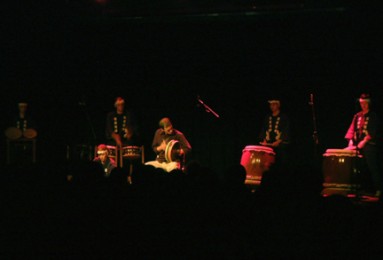 In King Worm, I wanted to juxtapose the somewhat jovial (at least in my mind) nature of the bodhran with an ensemble sound that evoked a sense of the regal. This arrangement, in close collaboration with Kiyoshi Nagata, features taiko ensemble, which suits the character of the rhythms perfectly.