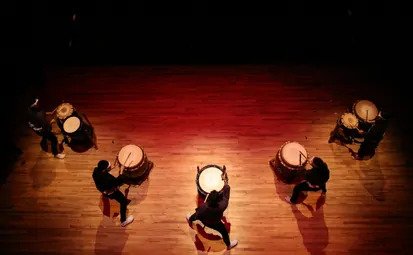 During the early winters of Japan, many horses are born and are kept indoors until after New Years. When they take their first steps outdoors, the young horses run wildly about the fields until springtime. This is considered a good omen.